Status of the Coronavirus in the country

With regard to the health response, as of the 4th of April, Guinea has recorded 111 cases, no fatalities, two cured patients, and about 400 suspected cases. The country is using a special agency to deal with the epidemic, the same that took care of the Ebola epidemic back in 2014-2015. In addition, the government has created an inter-ministerial committee to better coordinate the medical efforts on the ground.

The Government, abiding by all WHO prevention measures, has also declared state of health emergency and  implemented several restrictions, as many countries in the region. It has decided on a curfew from 9 PM to 5 AM, it has banned transportation of people, but not of goods, from Conakry to other regions, in an attempt to stop the spread of the virus. It has closed all borders (air and land), banned all public events and private gathering of more than 20 people as well as closed churches and mosques. In addition and from Saturday 18th April onwards, masks must be worn by all in public spaces and all markets will be open on restricted hours during the day.

The impact on my industry

Cancellations of field visits and other trips have been the main disruption in our work.

However, we are focusing on moving forward. My firm Falémé Conseil recently conducted a survey to better assess the economic impact of the COVID-19 outbreak. The outcomes and policy recommendations were shared with the Prime Minister’s office.

My firm is also involved in the fundraising campaign “Made in Guinea” to support young entrepreneurs from the agribusiness sector. We help them structure their request to the Government and raise awareness on the importance of buying local products. 16 firms are part of the “Made in Guinea” label representing 10,000 farmers, of which half of them are women. There is a compelling case for the government to support them as this means supporting women who are at the cornerstone of our households. I have launched a campaign aimed at liaising donations of food with buying locally grown and processed food: killing two birds with one stone.

What's being done to fight COVID-19

Falémé Conseil is really involved in providing advice and guidance to young entrepreneurs heavily impacted by the COVID-19 outbreak. We offer guidance on options to diversify, and adapt production to local demand. We are also advocating  and pushing the government to use procurement to boost local content as well as public media to cover the importance of buying local products. 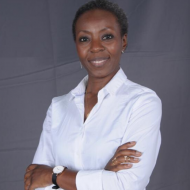